Cercle et Carré and the International Spirit of Abstract Art 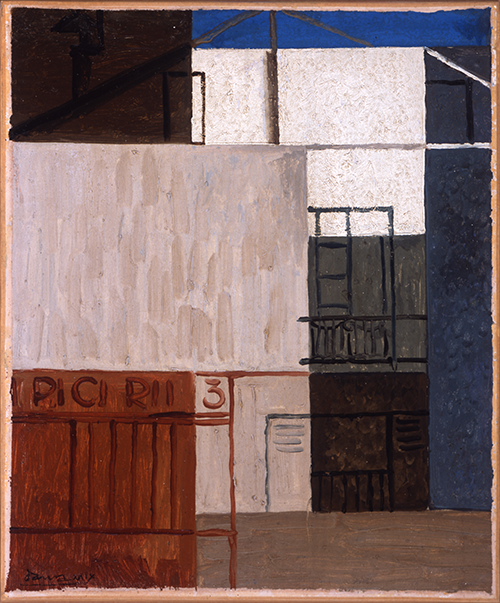 Cercle et Carré and the International Spirit of Abstract Art offers a new and insightful look at modernism in interwar Europe. The exhibition focuses on the influential but short-lived artistic group known as Cercle et Carré (Circle and Square), which was founded in December of 1929 by Belgian artist and critic Michel Seuphor, Uruguayan-Catalan artist Joaquín Torres-García, and Catalan-American artist Pierre Daura.

Based in Paris, the international group of more than 80 artists included notable members such as Wassily Kandinsky, Alexandra Exter, Jean Arp, Fernand Legér, Le Corbusier, and Marcelle Cahn. Cercle et Carré’s artists were male and female, emerging and established, and from Europe, Russia, and the Americas. Its members published their theories in the group’s journals and presented them in their only exhibition, held in Paris in 1930. At the time, they were largely ignored or derided by critics, but the exhibition is now considered a landmark event in the history of modernism. Rarely have these works been seen together and discussed in relation to one another since 1930.

The group was formed in reaction to what the founders considered to be the self-indulgent and illusionistic nature of Surrealism. They were more interested in advancing ideas concerning construction and meaningful abstraction. Despite the group’s common goal, the styles, theories, and philosophies its members used were varied and frequently debated. Cercle et Carré represented nearly every trend in modernism: Cubism, Futurism, Dada, Constructivism, Neo-plasticism, and Purism. Cercle et Carré and the International Spirit of Abstract Art showcases more than 50 works by more than 30 of Cercle et Carré’s participants, examining the formation of the group, its sole exhibition, and its artistic legacy.

Organized by the Georgia Museum of Art, University of Georgia, Athens. This program is supported in part by the Georgia Council for the Arts through the appropriations of the Georgia General Assembly. The Council is a Partner Agency of the National Endowment for the Arts.