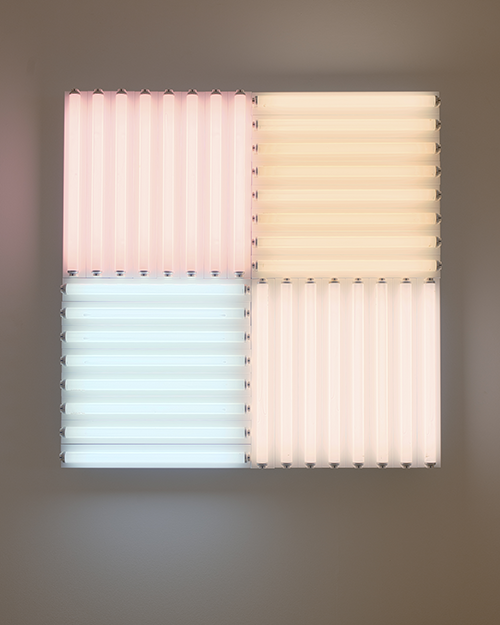 As a Los Angeles native who has spent many years in New York, artist Heather Carson is influenced by both the west coast light and space movement and east coast minimalism. Using especially fabricated industrial materials to make her architecturally scaled light sculptures, she draws inspiration from artists such as Dan Flavin and Robert Irwin. Her understated sculptures are equally informed by the work of painters such as Josef Albers and Agnes Martin.

Viewed from the front, Carson’s works are delicate and luminescent, emanating a pale glow. Their subtle palettes are comprised entirely of different tones of white, that, when placed in close proximity to one another, appear to be distinct hues. Viewed from the side, the industrial hardware, used to build the artworks becomes visible, causing the weight and mass to become more prominent. Between the light they emit and the physical space they occupy, the artworks exist in a middle ground between fleeting and permanent.