Impressionism in the Northwest 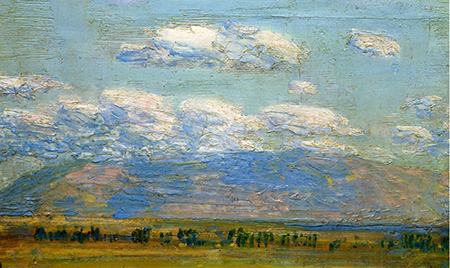 In the early twentieth century, American Impressionism became a movement in its own right, breaking away from the European tradition in a number of ways. Building upon earlier experiments with light and color, artists in the United States utilized broken brushstrokes in novel ways to depict the wide-ranging landscapes of North America. Many exhibitions and publications have explored these differences with respect to artists working on the east coast and, to a lesser degree, in California. Only recently has Impressionism in the Northwest garnered increased academic and public interest.

BAM gratefully acknowledges the generosity of the following donors, who have sponsored selected works of art in this exhibition. Look for their names near the artwork labels.
.