When Modern Was Contemporary: Selections from the Roy R. Neuberger Collection 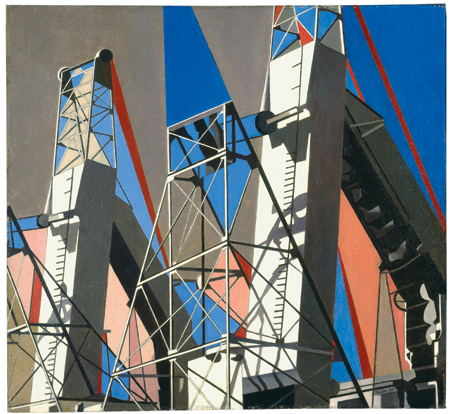 With a remarkable selection of masterworks by 52 of the twentieth century’s most influential artists, including Mark Rothko, Jackson Pollock, Georgia O’Keeffe, Jacob Lawrence, Marsden Hartley, Willem de Kooning, Stuart Davis, and Alexander Calder, this exhibition illuminates the artistic transformations that took place in the U.S. during the first half of the century. It also explores Roy R. Neuberger’s (1903 – 2010) significant role as an early advocate for contemporary American art. Neuberger developed his passion for art while in Paris in the 1920s and began collecting in earnest after returning home to New York in 1929. By 1950, the center of the avant-garde art world had shifted from Paris to New York, and Neuberger was the most important collector of contemporary American art (now considered modern art) in the country. This is an unprecedented opportunity to see this groundbreaking collection–traveling for the first time in more than forty years and in its debut presentation in the Northwest.

When Modern Was Contemporary: Selections from the Roy R. Neuberger Collection is organized by
the American Federation of Arts and the Neuberger Museum of Art of Purchase College, SUNY.

Neuberger Berman is the national tour sponsor of When Modern Was Contemporary.